Visit us at the Ideal Supply trade show at Casino RAMA Orillia, Ontario on April 17, 2014. 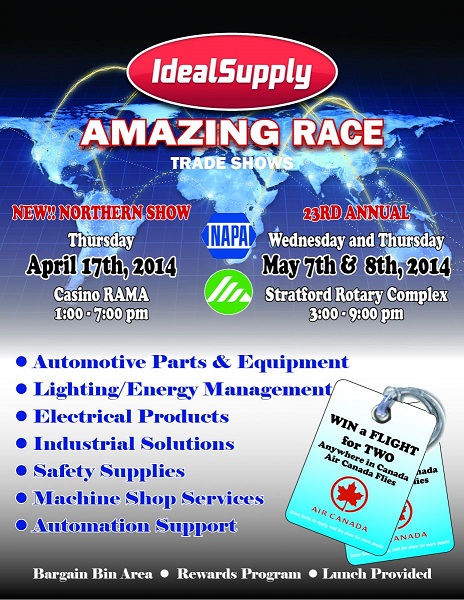 Visit us at the Schaedler yesco Expo 2014 on March 24-25 in Hershey, Pennsylvania – Booth 531. We’ll be hosting the “Real-Time Electricity Monitoring” seminar on March 24, 1pm. If you’re unable to attend but still interested in the seminar then please contact us to schedule a 1 on 1 webinar at a time that fits your schedule (info@eyedro.com).

The Eyedro team is pleased to be joining the Ontario Green Button pilot with its MyEyedro cloud service (MyEyedro.com). Home and business owners in areas covered by London Hydro and Hydro One will have access to their electricity usage and costs through pilot apps designed to use Green Button data. Green Button data (from smart meters) is a significant step forward for Ontario, as consumers look for tools to better understand and control their electricity costs. The full press release by MaRS is below.

TORONTO, Nov. 28, 2013 /CNW/ – Ontarians will get access to new apps to help manage their energy consumption data, thanks to a pilot program led by MaRS Discovery District, in partnership with Hydro One and London Hydro and supported by the Ministry of Energy.

Apps from Energent, BuiltSpace, Eyedro and Zerofootprint will be made available to consumers in London Hydro and Hydro One’s service territories throughout the duration of the year-long pilot program.

MaRS Data Catalyst, which brings together data and analysis to help grow Ontario’s innovation economy, and Ontario’s Ministry of Energy are working with industry partners to enable electricity consumption data access through the adoption of the Green Button Standard, already popular in the US.

Green Button aims to give Ontarians direct, timely access to their own energy data through a secure download from their utility’s website. The 4.7 million smart meters installed in homes and small businesses across the province enable consumers to access their own consumption data via the use of third-party apps.

As part of the Green Button initiative, MaRS Data Catalyst is piloting the first adoption of the Connect My Data program. Connect My Data is a voluntary initiative that will enable participating consumers to securely share their electricity consumption information with Green Button-enabled apps of their choice, which will offer consumer education and create opportunities for conservation through behaviour change, energy efficiency upgrades, energy management system automation and other potential uses.

The apps participating in the Green Button pilot program are:

Zerofootprint, which allows consumers to: compare their electricity consumption with that of their neighbours; understand how to reduce it; and distributes ZerofootprintRewards to those who make measurable reductions.

Green Button Download My Data, the precursor to Connect my Data, has already been implemented across nearly 60 per cent of Ontario with participation from seven utilities. To find out more about how to participate in the Connect My Data pilot, visit: www.greenbuttondata.ca/pilots .

About MaRS
MaRS Discovery District (@MaRSDD) is a mission-driven innovation centre located in Toronto. MaRS works with partners to catalyze, accelerate and amplify innovation. MaRS supports entrepreneurs building Canada’s next generation of growth companies. In the last three years, MaRS startup clients have raised over $750 million in capital, earned over $375 million in revenue and hired well over 3,500 workers into knowledge economy jobs.

About MaRS Data Catalyst
MaRS Data Catalyst brings together data and analysis from a variety of partners to track, quantify and grow Ontario’s innovation economy. It uses data and insight to support the province’s entrepreneurs, researchers, policy-makers and innovators.

About Hydro One
Hydro One delivers electricity safely, reliably and responsibly to homes and businesses across the province of Ontario and owns and operates Ontario’s 29,000 km high-voltage transmission network that delivers electricity to large industrial customers and municipal utilities, and a 122,000 km low-voltage distribution system that serves about 1.3 million end-use customers and smaller municipal utilities in the province. Hydro One is wholly owned by the Province of Ontario.

About London Hydro
London Hydro Incorporated is a Local Distribution Company with the City of London as its sole shareholder. London Hydro has been rated at the 5th most efficient utility in the province of Ontario and delivers a safe, reliable supply of electricity to over 149,000 customers spanning a territory of 425 square kilometers. A summer peaking utility with an average peak load of 675 MW, London Hydro’s all-time peak was set on August 2, 2006 at 719 MW.

Eyedro sensors now up to 3000A

Eyedro has released a new line of sensors (CTs) that allow customers to monitor line current up to 3000A.   Already widely used in residential, commercial and industrial installations as a way to monitor electricity usage, Eyedro customers can now monitor panels and equipment with much larger services.  Sensors are available for 200A, 400A, 600A, 800A, 1200A, 2000A, and 3000A.  Now customers have an affordable way to monitor all the services across their site, viewed together at myFreeMonitor.com.

For more information on pricing and availability please contact Eyedro at sales@eyedro.com.

Utility Scams on the Rise

While most people would not be so easily swayed to believe they are past due on their credit card bills, the uncertainty of how to read monthly electricity use (KwH) makes it common for discrepancies to go unnoticed. Over the last month there have been dozens of reports where scammers have been targeting small business and homeowners, claiming they have late, overpaid or unpaid utility bills.

In most instances in cities like Montgomery, Alabama and Eau Claire, Wisconsin, consumers receive phone calls or knocks on their door from people impersonating utility representatives stating if they do not make immediate payments their services will be shut off.

“In order to avoid an interruption of service, the caller instructs the customer to go to a local retail store and purchase a pre-paid bank card for a certain amount. Customers then must call a particular phone number and provide the numeric codes from that bank card.”

Unlike credit cards bills and bank statements which provide details for every transaction, utility costs vary not only by season, but day and time of day. Readings are provided in a lump sum at the end of the billing cycle, making it nearly impossible to differentiate electric costs and consumption other than comparing bills from one month to the next.

The hard pressed situation here is that because modern day society depends on electricity, consumers have conditioned themselves to expect a figure from their service provider despite understanding how the figure is formed.

Do you as a restaurant owner, homeowner or small business owner understand why your electricity bills are the way they are? If a storm disrupts the meters which track your electricity use, how would you justify the costs? If you’re not mindful of off-peak and on-peak hours how do you process your monthly statements? These are the loopholes in which scam artists find their prey. More specific demographics include the elderly and immigrant families where English is not the first language. Anyone who thinks they’ve been a victim or a potential victim of utility scams should report the information to their local authorities.

If you want to find out how to make sense of your utility bills visit Eyedro.com

Through its holding company, Waterloo North Hydro purchased 23 per cent of Eyedro with an option to purchase an additional 10 per cent within a year.

“This is an important strategic investment for us,” said Tim Jackson, Chair of Waterloo North Hydro’s Business Development Committee. “It aligns well with our goals of being a leader in the energy industry and seeking investments that create value for our customers and shareholders over the long term.”

Eyedro is a privately-owned company with a focus on affordable energy management products. Their flagship electricity monitoring products allow consumers to visualize electricity usage in real time which helps them identify waste and reduce electricity consumption and costs.

“One of the few tools available to homeowners and businesses is to monitor electricity usage,” said Trevor Orton, CEO and Co-Founder of Eyedro. “Smart meters are a good start, but real time information is the goal. We are very pleased to be associated with a long standing and reputable company such as Waterloo North Hydro.”

Eyedro is one of the startup companies participating in the Waterloo Accelerator Program and is based at the Communitech Hub. With this new funding, Eyedro plans to accelerate growth of its product development and sales teams. The capital will also allow the company to focus on value-add partnerships with other complementary energy saving products.

“Eyedro is offering a unique and low cost solution to help consumers better manage their energy usage and reduce costs” said Rene Gatien, President and CEO of Waterloo North Hydro Holding Corporation. “There is a growing need for Eyedro’s products due to the increasing cost of energy and conservation initiatives being introduced by various jurisdictions including Ontario. We are very excited to be part of the Eyedro team.”